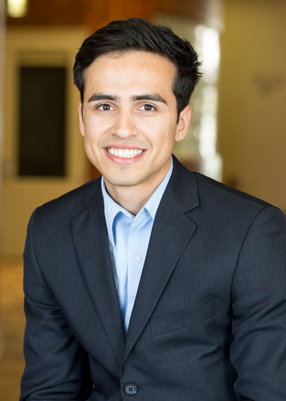 Talk about the American Dream.

Trying to evade the Taliban during a brutal civil war until seeking asylum in Pakistan where his family dealt with daily humiliations because of their Afghan heritage, Omer Azizi finally made it to the United States after two decades of searching for safety.

Today, he is a straight-A student at MiraCosta College, has been named to the Phi Theta Kappa All-California Academic Team, and a recipient of the prestigious Jack Kent Cooke Undergraduate Transfer Scholarship that funds the full cost of his education as he pursues his bachelor’s degree – all while volunteering selflessly in aiding others in need.

MiraCosta College, Omer said, has helped him make it happen.

“The people who work here are dedicated to making sure their students succeed,” he said. “I have no doubt that I will earn a master’s degree from an Ivy League college, but I can assure you that nothing will ever replace MiraCosta College in my heart. This place is my home.”

He has earned respect from all corners along the way.

“Omer has come from a life of extreme hardship,” said Afifa Zaman, a MiraCosta College counselor. “He has been a refugee since he was a small child. He was the sole provider for his family as a teenager. For him to be where he is at today is just so amazing and impressive.”

“Impressive” is a word many people use after meeting him. A recent visitor to the Legoland Hotel where Omer works recently posted this comment on TripAdvisor: “The staff is great… especially one gentleman by the name of Omer Azizi. Omer made us feel so welcome and was incredibly accommodating. He made our stay one to remember!”

“The situation was beyond explanation,” Omer said. “I mean, I’ve seen it all.”

That includes artillery fire that leveled his family’s home, and later his father – rushing a desperately ill Omer to the hospital – being detained at gunpoint by Taliban militias.

“It was curfew time,” said Omer, now 24. “The Taliban told my father he had to either go home or to the mosque. He couldn’t take me to the hospital. It was forbidden.”

“These were barbaric people,” Omer continued. “They couldn’t read or write.”

A few years after the Taliban consolidated its power and imposed a strict form of Sharia, the family fled for safety in Pakistan. They settled in Rawalpindi, a city of more than 3 million south of the capital of Islamabad.

Life continued to be a struggle. When Omer was 15, his father could no longer work; the war had left him suffering from severe illness. Omer’s local accent and linguistic abilities, however, allowed him to blend in and adapt. While still going to school – in a country where the United Nations says some 80 percent of school-age Afghan children are not receiving an education, Omer became the family’s breadwinner, somehow finding a job as a travel agent to support three siblings and his parents.

Just as important, Omer’s mastery of Farsi, Pashto, Urdu and Hindi enabled him to navigate through a mashup of different cultures, resulting in an abundance of volunteer work. “The people of my community would seek my help,” he said. “Anything from translating doctor visits to helping free innocent refugees from the police. I was fluent in the local languages, knew the law, and would use my professional networks to help them.”

“It was a really proud moment for a refugee like me to graduate from high school, but going to university was out of the question.”

That would only come when the family moved to Oceanside after spending seven years in Pakistan. Omer was 21 at the time.

“I had heard great things about this beautiful college in Oceanside, so the first thing I did was head up to MiraCosta and enroll. But I was considered an international student, and I couldn’t afford the tuition, and I barely spoke English. So, I went to the Community Learning Centerand took all the free math and English classes that I could. A year later, I went back to the Oceanside Campus and was able to enroll as a California resident.”

He has been excelling since, earning a number of awards, including the Rosemary and Lou Oberndorf Lifeline to Completion Scholarship from the Phi Theta Kappa Honor Society. He has been just as active in the community, picking up recently arrived refugees from the airport, finding them housing and jobs, driving their children to school, parents to doctor visits, and taking them shopping for food.

In April, he will be honored with a President’s Volunteer Service Award for contributing more than 500 hours of volunteer work in 2016.

Omer’s next stop: USC for a bachelor’s degree in business administration and sociology.

“If you ask me what I want to be, I want to be the Secretary General of the United Nations. I want to head the UN High Commission on Refugees. I want to run the International Rescue Committee. But whatever I do, my focus will always be on education. My mission in life is to empower children to escape war and poverty through education. Education is the key. Technology is the answer.”