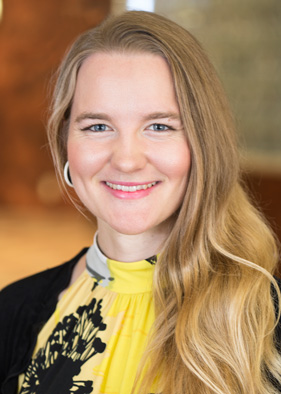 Kristina Kalchev always dreamed big. She knew since she was young that she wanted to become not only a film director, but also a film composer and songwriter. Thanks to the lessons learned at MiraCosta College, Kalchev has already captured an Emmy Award and is well on her way toward reaching her dreams.

“MiraCosta was perfect for me,” Kalchev said. “It provided an awesome opportunity to dip my toes into film, musical performance and music technology, all while getting my undergraduate requirements out of the way – which happened to save me quite a bit of money.”

Born in Anaheim and raised in the Indianapolis suburb of Fishers, Ind., Kalchev in 2010 moved back to California and settled in Oceanside during her senior year of high school after her parents broke up. Although she had been accepted to Westmont College, a private liberal arts school near Santa Barbara, attending MiraCosta College was an easy choice. Besides paying only $46 per unit at MiraCosta instead of more than $42,000 in tuition and fees at Westmont, Kalchev was drawn to the amenities and offerings at the Oceanside Campus and the opportunity to take some college courses at Sage Creek High School in Carlsbad.

“The best part about MiraCosta College was it offered me the ability to find out what I liked and refine myself as an artist,” she said.

After earning her associate degree in applied arts, Kalchev transferred to Cal State San Marcos, where she earned her bachelor of arts degree this past spring in visual and performing arts with an emphasis in arts & technology – and a double minor in film production and music technology. She spends much of her time these days producing films and music videos, and is currently writing a screenplay for a feature film. Kalchev has drawn plenty of notice for her work, much of which has been marketed to independent film festivals.

On June 24, she won an Emmy Award for a public service spot called Playtime that was part of a campaign highlighting the effects domestic violence have on children. A short film titled Anomaly garnered Kalchev the Best Editor award at the 2016 MiraCosta College Film Festival. Another project, Cold Was the Ground, earned Kalchev a Best Director award at the 2017 festival.

Kalchev says awards are fine, and an Oscar would be especially nice, but in the end, she wants to make a difference.

“I want to make art that changes culture through truth, goodness and beauty,” she said.