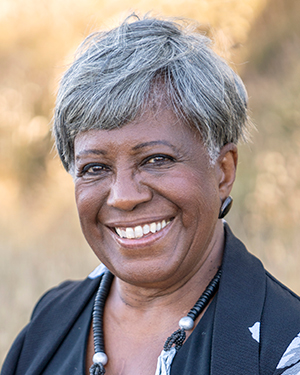 Clendening is one of San Diego County’s most respected educators. Now retired, she spent decades as a teacher in the Los Angeles and San Diego areas, before serving a combined 14 years as Principal for Martin Luther King, Jr. Middle School; Maie Ellis Elementary School; and Potter Junior High School. She finished her career by directing all student services and special education programs for Oceanside Unified School District, where she worked with countless young people who went on to achieve success after attending MiraCosta College.

Clendening attended a community college and understands firsthand the tremendous value they play in transforming lives. In fact, she attributes much of her career success to her early experiences at Pasadena City College. As a teenager, Raye did not have the money to go straight to a four-year university, so her local community college provided the bridge to complete her degree and pursue her passion as an educator.

Despite calls from her friends to slow down and enjoy the fruits of her labor, retirement for Raye was only the beginning of a new career in volunteerism. Encouraging, empowering, and educating the community is her life’s work. As Raye explains, there was a community of individuals who invested in her early on and she sees her volunteer service as another way to invest in the lives of similar young students in the community.

Raye is a founding member of the North County Business and Professional Women’s Organization, as well as the North County African American Women’s Association. She has also served on the Board of Vista Community Clinic, the African American Advisory Board for California State University, San Marcos, Women’s Resource Auxiliary Board, and the Oceanside/MiraCosta GearUp Advisory Board.

Thanks to her efforts to eliminate equity gaps and prepare students to be college and career ready, Raye has received numerous accolades and awards honoring her impact in the region, including the Fran Alshire Leadership Award from Leadership North County, the Middle Grades Principal of the Year for the State of California, and the City of Oceanside Martin Luther King, Jr. Community Service Award.