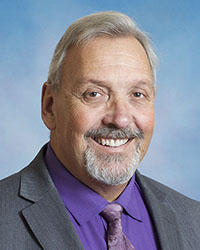 Rick Cassar was elected to the Board of Trustees of the MiraCosta Community College District in November 2014. He resides in Cardiff-by-the-Sea, representing Area 2. Rick and his wife, Kristine, are the proud parents of three children, two of whom attended California community colleges.

Rick grew up in Detroit, Michigan, and earned his bachelor of arts degree in psychology and sociology at the University of Michigan, and his master of science in counselor education at San Diego State University. A proud California resident since 1982 and a Cardiff resident since 1995, Rick has worked as a counselor, psychology professor, and department chair at the San Diego Community College District since 1984.

As a first-generation college student and first-generation American, Rick understands not only the importance of education, but the challenges students face as they attempt to negotiate their way through the college and university system. Throughout his 30-plus-year career as an educator, Rick has been committed to changing lives through community college education.

Rick Cassar is honored to have the opportunity to serve on the MiraCosta Community College District Board of Trustees and pledges his best efforts to carry on its longstanding tradition for excellence.